Saba and Babs met over twenty-five years ago through Women in Film and quickly became close friends. They’ve shared years of ups and downs, laughter and sadness, and have supported each other through life. They have both been stand up comediennes, writers, producers, directors and actresses. As best friends, their instant chemistry and timing sparkles in their new pilot Never Too Old Never Too Late. They both “accidentally” got into fitness and health when Babs chose to compete after losing thirty-five pounds, and Saba thought it might be something to give her credibility for the fun workouts she designed. Surprisingly to both of them, learning so much about fitness and health became a bigger part of their lives than expected. A year later, they both became certified personal trainers and created new fitness websites so that they could share what they’ve learned with others. Being in show business most of their lives, they decided to document their competition journey on YouTube. In their entirely new TV pilot, Never Too Old Never Too Late, Saba and Babs take you on a fun-filled journey of their secrets about health, fitness, and anti-aging!

What makes these two women so special is that now Babs is 67 and Saba is 79, and they are still going strong! Proving that you are never too old, and it is never too late to be fit, healthy, youthful, and happy. Their new cookbook is coming out soon.

Saba was born in New Jersey and lived most of her youth in The Bronx. moving to California at fourteen. She has spent all of her life in front of or behind the camera and has been involved in just about every facet of show business since the age of six. As a dancer she was on point at the early age of six and as a choreographer. As a teenager she did stunts for television and even did a stint in the Ted Dewain Brothers Circus where she showed her talents doing bareback and Rope & Ladder. Moving through her adult life she choreographed the Emmy winning Beethoven’s 5th musical short. She starred and co-starred in feature films from the comedy Can I do it Till I need Glasses, to the horror film House of the Wolfman with Ron Chaney. Saba was featured on the main stage at The Comedy Store, The Purple Onion in San Francisco, and Red Fox Club, just to name a few. She also partnered with John Amos, of Good Times, Kunta Kinta, Coming to America in their Stand-up comedy duo Amos & Annie. Taking her talents to the theater, Saba co-wrote, produced, directed, and performed in THE TIME MACHINE: THE MUSICAL. Optioned twice for Broadway by Theil Reeves Company/ Mark Pedowitz.

As a writer, producer, and director she has worked in all forms of media, including film, television, stage, and music videos, To see more visit: 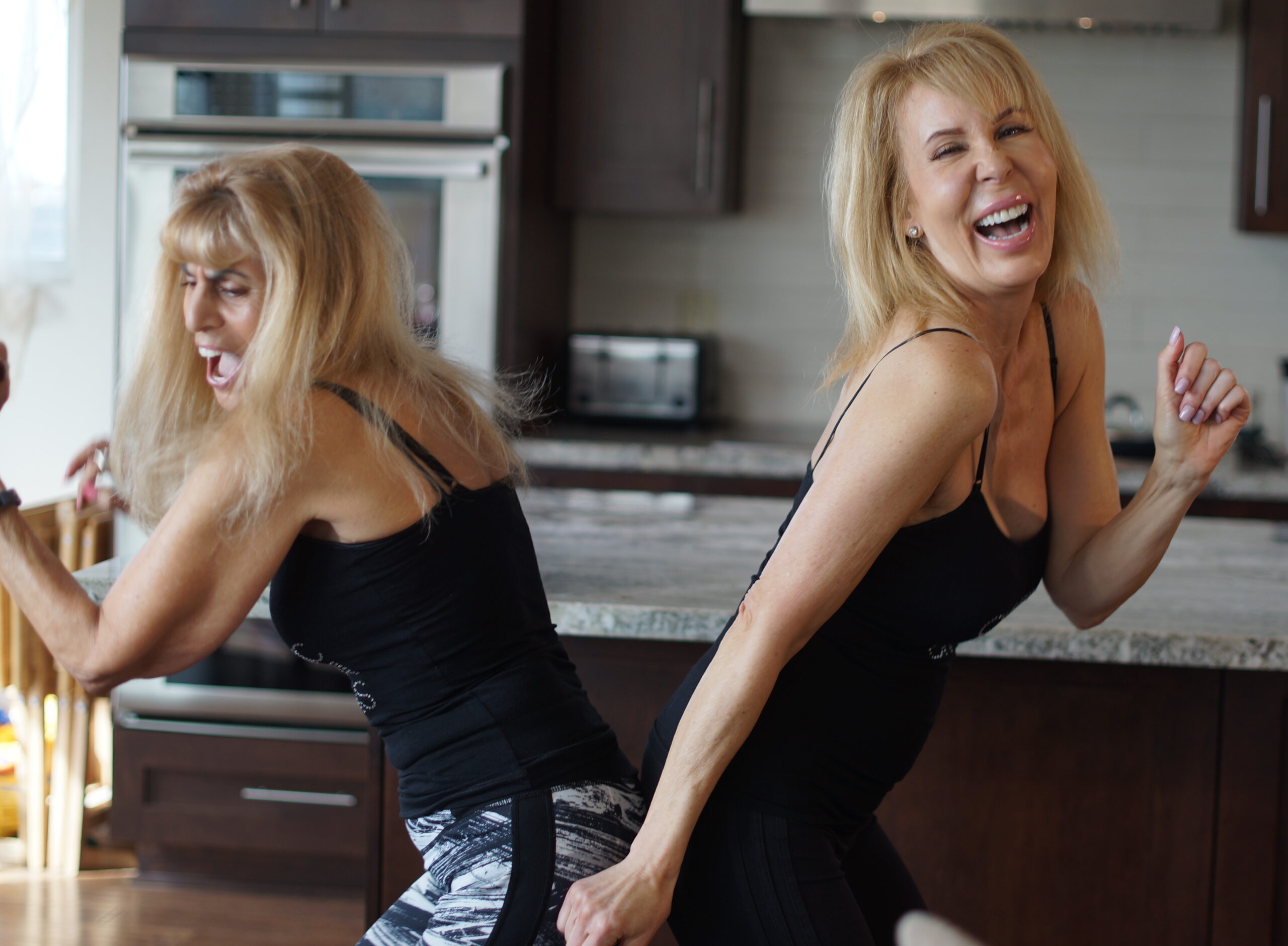 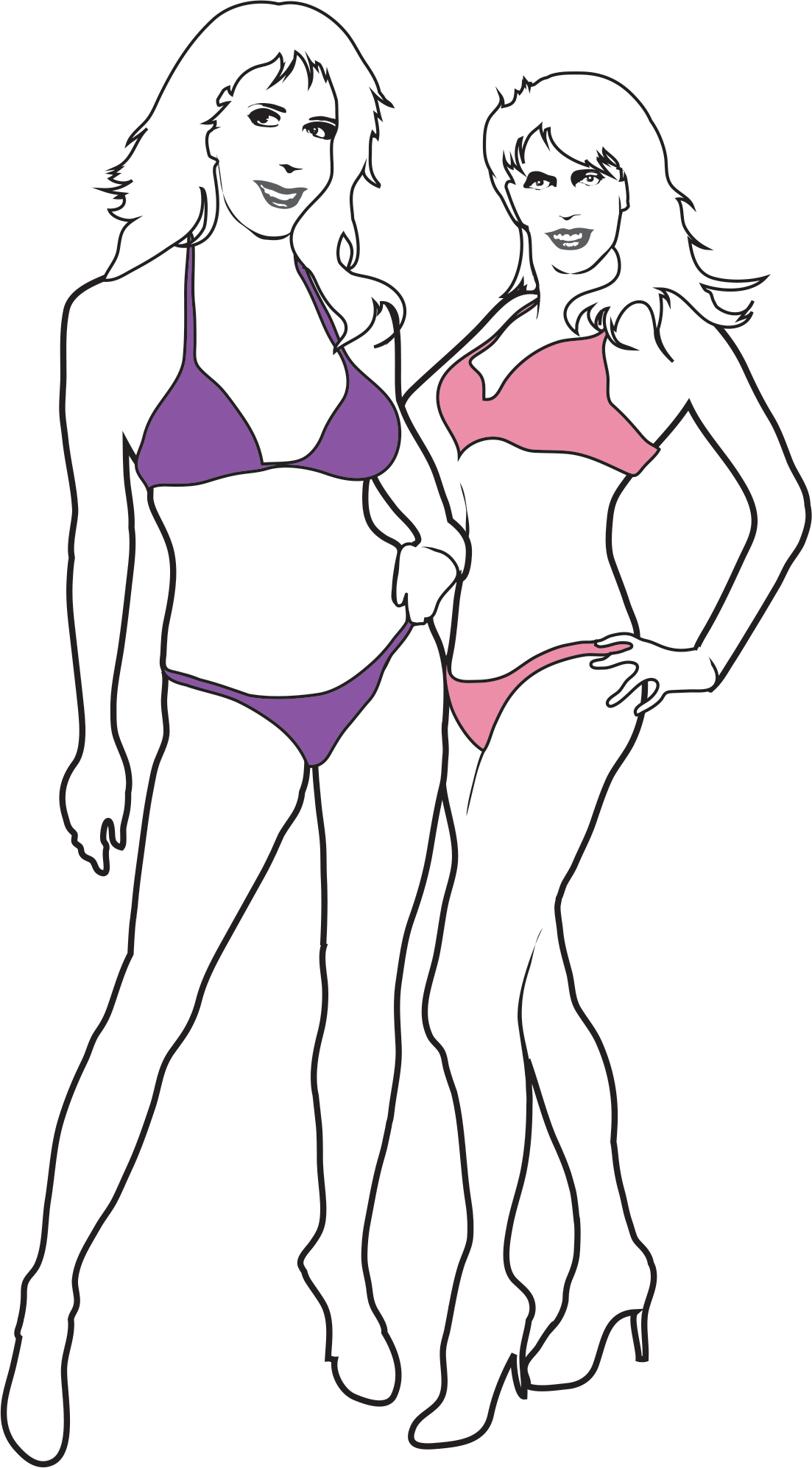 Barbara Ann Wade (“Babs”) grew up in New Orleans.  She modeled for local stores and acted in commercials.  When she moved to Atlanta as an adult, she continued modeling and co-hosted a local cable show, “Fit and Focused.”  Babs performed her first stand-up routine at the Punchline, and from there worked as an opener/MC in clubs all over the south.  Once she moved to Los Angeles, she continued acting and hosting.  She co-hosted the Mrs. California 2000 pageant, live-streaming shows on LoadedTV.com, and “Classic Bikini Divas” on LA Talk Radio and the podcast “Classic Bikini Divas.”  Her acting credits include the Showtime series “Look,” the web series “Bollywood to Hollywood” and the reality show series “Labor of Love.”

After turning 50, she became dedicated to living a fit and healthy lifestyle. Her first step was to lose the thirty pounds she had gradually gained over the years, and then educate herself in nutrition.  She entered her first bikini competition at age 56 and came in 1st Place in her division! Babs became certified as a personal trainer and wrote “How to Be Fit and Ageless Over 50.”  She has continued to compete and win more titles in bikini and sports model.

Babs loves to cook and entertain. Saba loves to eat and be entertained, and together they are working on a cookbook.